What is a Titanium Bleed Screw?

A titanium bleed screw is a screw that allows people to relieve pressure from a closed system by turning it to create a small outlet. This is known as “bleeding” the system, and when the bleeding is done, the titanium bleed screw can be tightened to close the system back up again. A classic example can be found on steam radiators in many regions of the world. They can also be seen in pressurized systems like brakes in cars, as well as some other kinds of hydraulic systems.

The titanium bleed screw typically has a specialized head to distinguish it from other system components. People may need a special key or tool to open it, depending on the design. This ensures that it can only be opened up when it is necessary to do so, and will not accidentally released. For radiators, a small key is commonly used to loosen the screw.

Closed systems can become contaminated over time, as the seal is not perfect. Water, air, and other materials can enter, making the system less effective and causing problems like clanking and poor performance. The user needs to bleed the lines to relieve excess pressure and eliminate the contaminant. Air in a radiator, for example, can prevent circulation of fluid, keeping a unit cold. Brake fluid can accumulate water over time, or air can end up in the lines after a service appointment.

Bleeding is usually messy, as the contents of the system can squirt out at high pressure. The user may place a bag or container around the opening to catch the spray and minimize the mess, especially if the contents of the system are potentially toxic. Once the system is fully vented, the operator can tighten down the titanium bleed screw. It is important to use the right tool to avoid stripping it, as this could make it difficult or impossible to open up the system again in the event of a recurrence of the pressure build up.

Replacement titanium bleed screws are available, in the event that someone strips, loses, or damages a screw. It is important to get one of the right size to make sure the seal is tight. Many companies produce standardized screws and openings, and people can bring in the old screw, if possible, to compare it with available replacements. It may also be possible to order a replacement part directly from the original manufacturer to make sure it will be the right component. In cases where it is impossible to remove an old screw, it is possible for a technician to tap a new hole in the system and install a replacement screw. 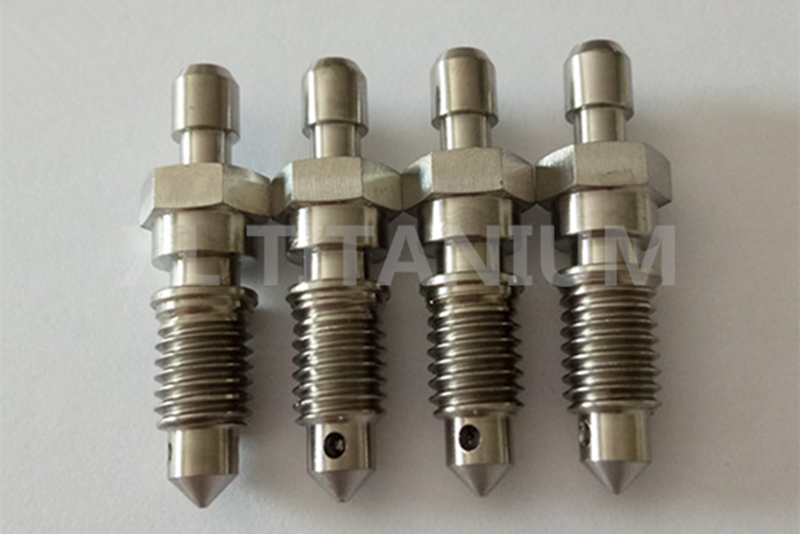